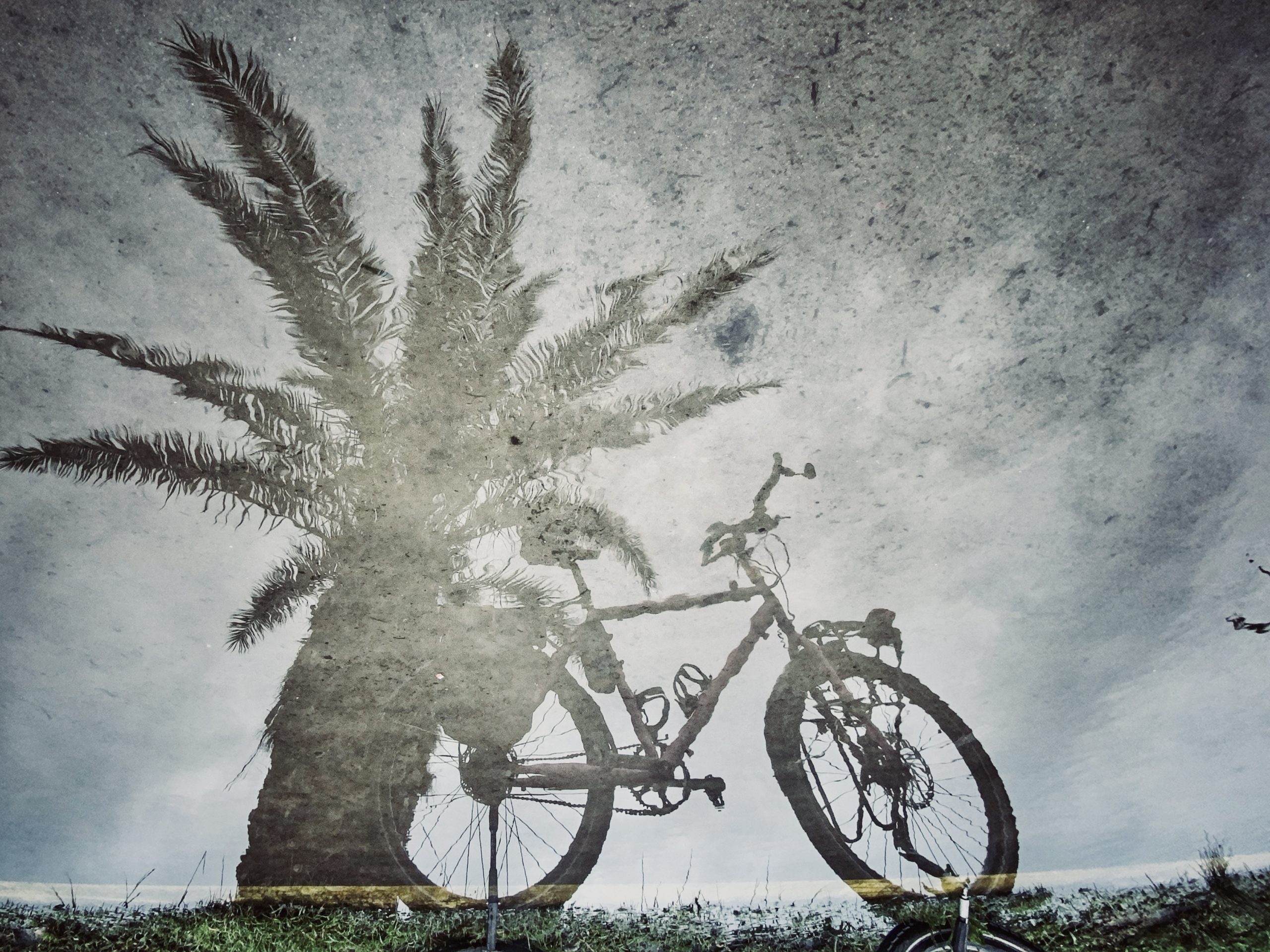 Or… when you love something very much

We reached Georgia and we are rethinking our equipment. Especially our bicycles.

Some people give things names!

Which seems completely absurd at first glance, can be understood when an object becomes incredibly important to you, when it was perhaps hard to get, when you had to save money for a long time to buy it, when you perhaps owned it for many years and it accompanied you through life.

That’s how it is with our bicycles. In 2009, we set out on our first trip with them. Even then they were already something special for us. They are not a particular brand of bicycle. They consist of a steel frame, 2 wheels, a saddle, a chain, 2 sprockets, a handlebar and a lamp. Nothing special, really.

What a rather boring thing to do or to read about, but writing about our bicycles, that’s something else. We are thrilled every moment how they carry all our luggage and us. Kilometre after Kilometre. We pedal and with every complete revolution (depending on the gear) we have put 3m (6th gear we usually cycle with) back.

After tens of thousands of kilometres (the bicycle is our means of transport even outside our travels and we got rid of the car in 2009, we only use the train in exceptional cases) we have adapted exactly to each other, our bodies to the bicycle. Everything fits perfectly. No knee or back pain, no wrist problems and sitting on the saddle doesn’t hurt either 🙂

And now we are on the road again with the same bicycles!

And they are still like a perfectly fitting garment. The one or other „seam“ had to be renewed, the „hem“ was exchanged for a better one, the „row of buttons“ as well, at least on Klaus and the „fabric“ was also newly dyed.

Klaus’ “Gelblein” became Gelblein, albeit a somewhat brighter one. My „Blauchen“ became „Lilo“ (it was blue, now a kind of lilac). Klaus got a different handlebar, the rim brakes became disc brakes so that the rims don’t “brake through” and the brake pads can’t melt downhill. New tyres and inner tubes, new chains and sprockets, new bottom bracket, the bearing in the steering tube has been replaced before and much more.

A bicycle consists of consumable materials !

And of course they have to be replaced from time to time. But the basic elements have remained.
A complete refurbishment and there they were again, our rolling Mustangs, without a rattle, without a grumble they carried our luggage and us and took us all the way to the Black Sea in Bulgaria without a single breakdown.

And when the conversation turns to our Rohloff gears, what can I say, without question an investment that has more than paid off. Both in the durability, the wear of chain and cracks, as well as in the handling when shifting gears.

Daniel, the owner of the bike repair shop ReCycles in Berlin (and by the way, probably the best bike repair shop in town)  has always lovingly taken care of our bicycles and made them into what we are now back on the road with. Our most important piece of equipment.
We can buy our tent new, also the sleeping mats, the cooker or the sleeping bags, but without these bikes it would feel almost impossible to travel further. They are our journey, our freedom for such a journey.

Take care of your bicycles during your journey as well!

It looks like there are quite a lot of cyclists on the road which do not really care for their bicycles or have an idea how to maintain a bicycle at all. That’s weird, because having a problem with this they will probably not go on with the trip.
Daniel has always admonished us, remember to oil the chain, check the tyre pressure and check the bolts, and Klaus always does that now. Probably more than necessary, but with Daniel’s words breathing down his neck, he’d rather check and maintain once more.

By the way, Daniel didn’t think we’d make it further than Müggelsee (around 25km from the middle of Berlin) with the load of luggage, but yes we did.
We are really packed, but that is also due to my photo equipment, the laptops and the equipment of clothes for every season. We haven’t even opened some of the bags yet, after almost 3 months. But I’m sure somewhere along the journey, winter will catch up with us and then …..:-)

Just in case you are interested in any informations about the parts we use, just drop us a message.

And here you find some links to the most important parts on our bicycles:

All over the technical stuff I forgot one very important part of the bicycle. The rear-view mirror. It saves lives and is an important cosmetic accessory.