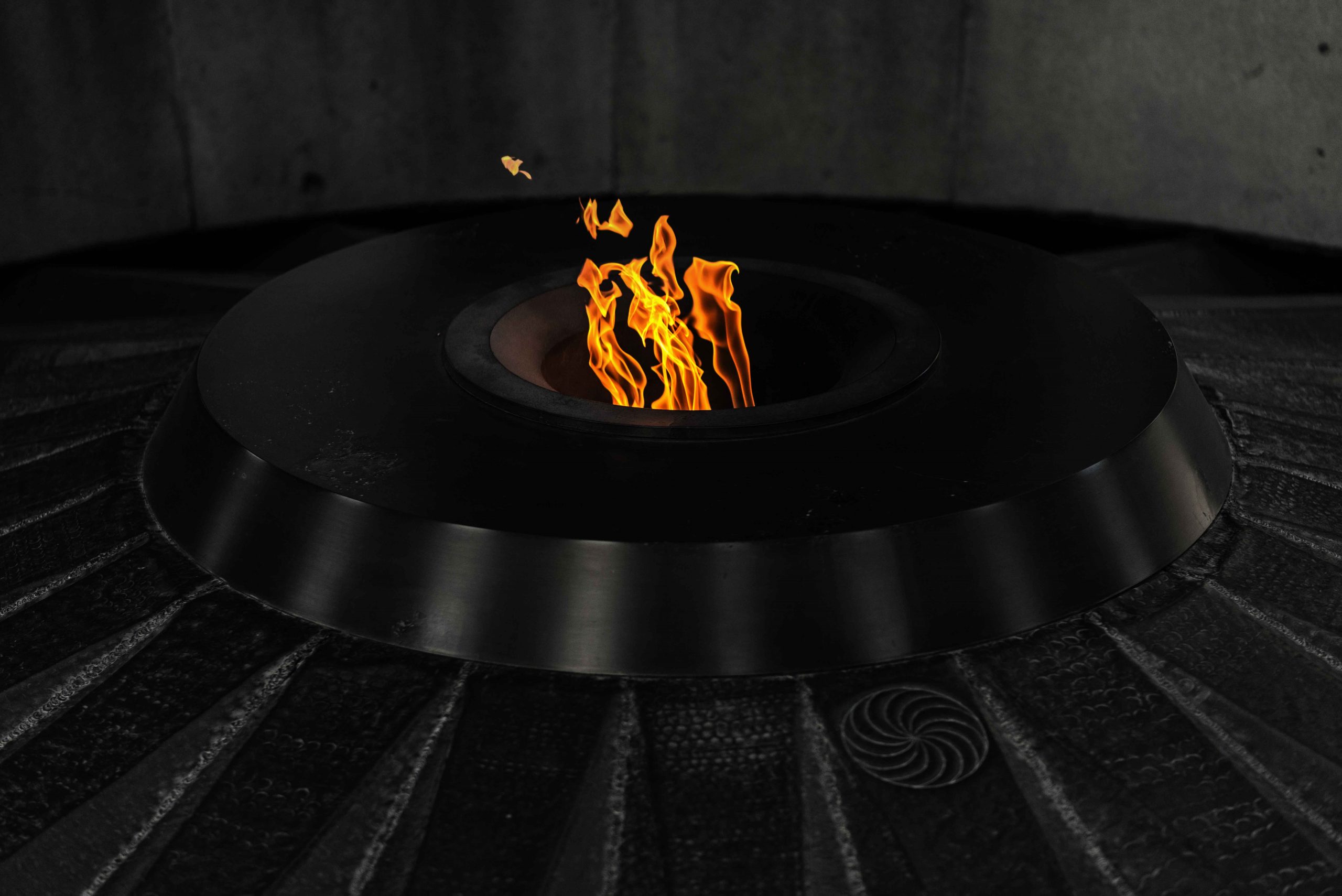 I am not only writing about the Armenian Genocide or the Tsitsernakaberd Genocide Museum, you can find plenty of literature about it on the internet and in books. I am writing about my thoughts on these monuments. So if you expect an explanation here to Tsitsernakaberd, you are wrong in this post. But if you are interested in my view of such memorial places and my thoughts about it, then go on reading.

Terrible things have happened and are happening all over the world!

People believe that they are allowed to hurt other people. For various reasons, they impose their ideas. If you don’t go along with it, you’ve probably have a problem.
2022 and people are still taking up arms against other people. People say: we have to defend ourselves.
Against what? The neighbour, the religion, the…….! We have to defend, we must fight back, a divisive mindset
If we keep behaving like this and don’t see ourselves as humans on a shared planet, and take care of the important things together, then it’s no wonder if aliens don’t join us. What an embarrassing species we are.
Hate slogans from all countries, from the common rabble, from politicians who should represent us. They don’t represent me like that.
Despite decades of efforts by some active groups on all sides, all over the world, nationalism, patriotism and religious fanaticism prevent a constructive, friendly coexistence. It is truly sad.
The result is memorials, memorials, memorials and the laying of masses of flowers and wreaths. People in suits perform their duties on memorial days and reporters come every year to report who lays flowers there.
How much energy, wasted energy. If only we could spend it talking to each other and not stop until there are solutions to our problems with each other. Without weapons, without violence. Instead of flowers: lay your weapons down.
As I write this I feel myself getting angry. I’m hitting the keys. I just can’t believe it. Yes, it is difficult, our togetherness, but not impossible.

“Lay down your arms!

A must read, I think: Bertha von Suttner “Lay down your arms“. (Free download German version)
The peace activist Baroness Bertha von Suttner led the seemingly hopeless fight for disarmament and peace in a militaristic era. For this she was the first woman to receive the Nobel Peace Prize. Bertha von Suttner died on 21 June 1914. How fortunate for her that she did not have to experience the two coming wars.
Bertha von Suttner believed in the development of a cosmopolitanism beyond nationalism. She saw a federal union of European states as an intermediate step towards a global union that would secure world peace. At the same time, she warned against the devastating power of the new war technology. She was to be proved right…
She said, “The ills of society are not the product of inevitable laws of nature, but of inept social institutions. We just have to arrange ourselves differently.” How right she was.

The importance of memorials!

I find memorials as a culture of remembrance extremely important. I just wonder why it never results in so much suffering never being brought into the world again. For me, of course, my history as a German, the persecutions and murders under National Socialism, is very present. Older history, such as the atrocities caused by colonisation, we are still working through. We were in Cambodia and their recent gruesome history is so gruesome, but is only dealt with sporadically. Removed from the curriculum in schools. Pol Pot was a political leader whose communist Khmer Rouge government led Cambodia from 1975 to 1979. During that time, an estimated 1.5 to 2 million Cambodians died of starvation, execution, disease or overwork. This cruel history is deeply rooted in the people and visible. There is a lack of teachers and doctors. An elite that was deliberately murdered.

And now we are in Armenia, in Yerevan, dealing with the Armenian genocide of 1915.
The people we meet have their religion and this horrible time deeply rooted in them.
Not recognized as genocide by neighbouring Turkey.
Tsitsernakaberd, a great memorial, I think. It does what it is supposed to do: it moves.
It offers space and time to pause, perhaps to reflect not only on the cruel history, but also to think about a future where people bring more empathy into the world and lay down their arms. And for me, I will throw a kissing hand to the next person who honks at me from his car because I am in his way with my bicycle.

And in case you visit this beautiful city Yerevan, do not miss to take enough time to visit Genocide Museum Tsitsernakaberd.