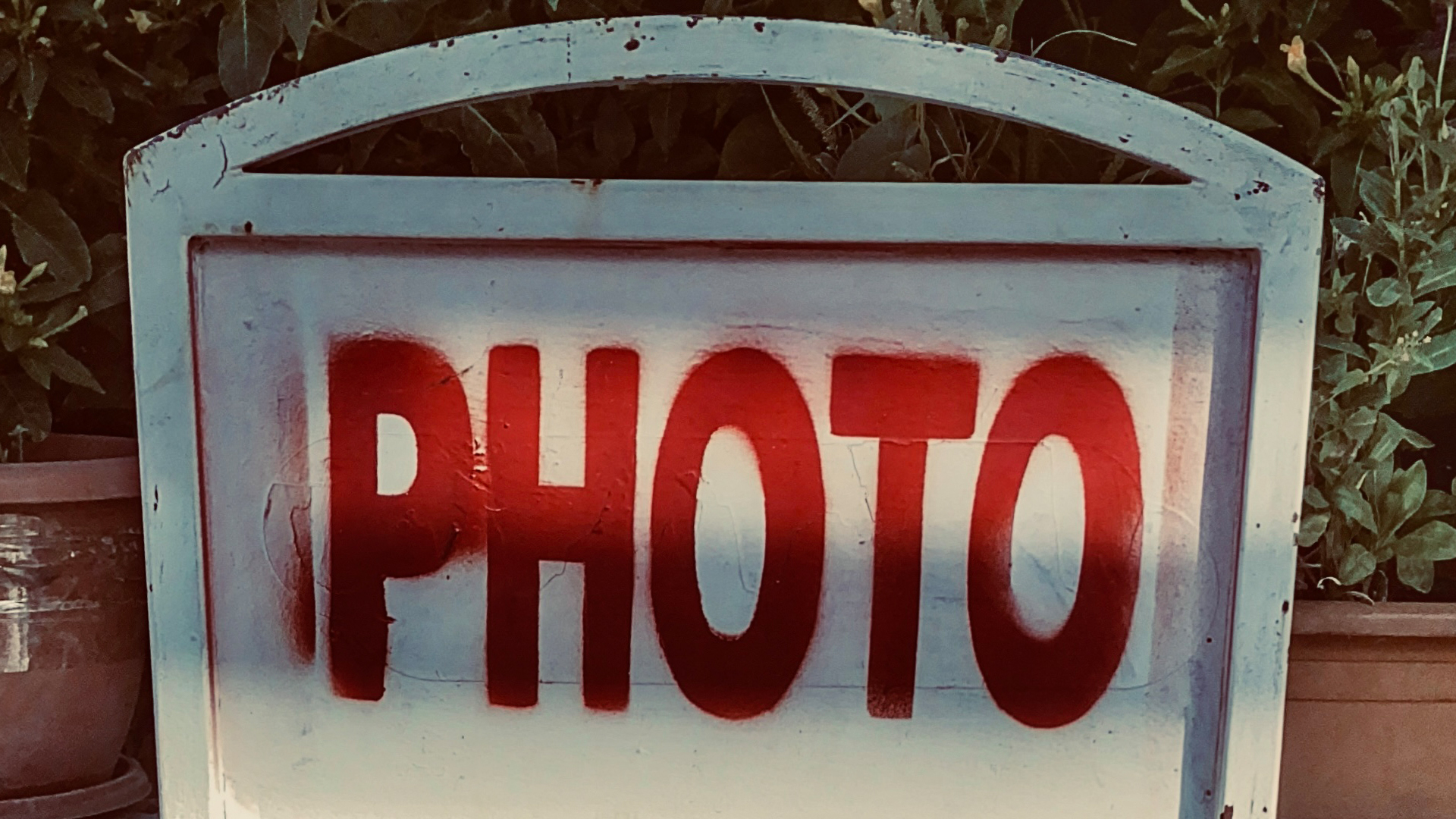 About the Genocide, no parking signs, nose surgeries and lip fillers by injections, Teslas, fountains, about painted passageways to backyards and street art. There is so much to discover in this city Yerevan.

There I am traveling because I would like to get to know the country and its people and realize how ignorant I am when I am not traveling.

I have heard of the Armenian genocide, but of the revolution of the young people in 2018 or of the dead bringing heavy earthquakes in this country, or of the last war in 2020? Heard nothing. Or overheard.

And now I wonder that I often don’t understand why people are the way they are. Why the city looks the way it does. Why street art shows soldiers on the walls of houses, why, why, why.

Most Armenians do not live in Armenia!

The Armenian state consists of almost three million Armenians. But this is only half the truth, because more than twice as many live abroad. The genocide of 1915/16 and many conflicts with neighboring countries caused many people to leave the country.

After the end of the Soviet Union, in the chaotic 1990s, power and property were also redistributed in Armenia and the conflict with Azerbaijan over the Nagorno-Karabakh region had developed into an armed struggle, which ended with Armenia’s victory in 1994. On September 27 in 2020, Azerbaijani forces attacked again and, massively supported by Turkey, achieved a near-total victory in six weeks of fighting. There is talk of 2425 Armenian soldiers killed. In addition to territorial and human losses, there are the economic and health consequences. Even before the war, the World Bank had predicted that the Armenian economy would shrink by 6.3 percent because of the pandemic. What remains of the awakening of the youth in the velvet revolution?

At that time, thousands – mainly young Armenians – went on the streets to demonstrate against the corrupt state structures and the oligarchs.

Reformist Prime Minister Nikol Pashinian established a more open political style, and there was a sense of awakening in the country. Within twelve months, Armenia moved up 28 places in the corruption index. More Armenians returned from the diaspora than at any time in the last twelve years; since independence in 1991, a total of about 50,000 have returned, 15,000 in the year of the revolution alone.

And many will follow, because since the war, even more Armenians living in the Diaspora seem to want to invest in their country. Not in weapons, but in education.

Whether the Yerevan of awakening that it was before the war will return so quickly remains to be seen. Before the war, young people were thinking about how to make the city more attractive for pedestrians, then suddenly it was about getting night-vision scopes and bulletproof vests.

I sense there’s something difficult, snotty, skeptical in the air, maybe some resignation.

I can understand that, better now.

The TUMO Center for Creative Technologies is a free-of-charge educational program!

The concept is to move the whole country forward quickly and the influence of the next generation on Armenia will be increased. Young people will be given new opportunities that can positively influence the country’s development, including decision-making and civic engagement.
In Armenia alone, 20,000 young people between the ages of 12 and 18 can receive free education about 3D Modeling, Animation, Filmmaking, Robotics, Programming and similar.

And last but not least, the country has to deal with earthquakes. There was a very severe one in 1988, in which 25,000 people lost their lives. Emergency shelters were built in the cities, some of which still exist today, and some of the damage has never been repaired.

And we wonder because we have no idea about all this.If we would not have had to wait for our Iran visa, longer than we thought, we would still be wondering about so much now, but that has changed.

But now to what we have seen!

Do you know the feeling when you see freshly washed laundry hanging outside somewhere? Why is that so special? Probably because in my country it is no longer appropriate to dry your laundry outside. It is done secretly in the apartment on the laundry rack, in the dark cellar or in the dryer.
No wonder that I feel it as something very special everywhere laundry hanging in the open to see.

But why that is so, I do not understand, because after all, the laundry is already clean again.
There is a phrase in Germany; “dirty laundry is washed”. This is said, when people discuss unpleasant things in public. A phrase that every German knows and one that leaves a unpleasant feeling behind.
So the “dirty laundry” stands for something negative that you would rather keep to yourself. With dirty laundry in the real sense you do not go out the door, it remains hidden from strangers. This preserves a good impression.
The phrase comes from the Middle Ages. At that time the women of the village met to wash their clothes together at the village spring or at the river.
They would gossip about each other’s misdeeds and missteps. Thus, it became a custom to pass the time while washing clothes with stories about the other villagers. Consequently, the proverbial washing of dirty laundry was equated with the gossiping of the washerwomen.

Signs are of course not necessarily binding, so you just put anything in front of it. This ranges from a 3-legged chair to some rags on some stand. Anything that you just don’t need anymore, self-made or at least look official 🙂 By the way, something “red” seems always a good idea 🙂

We are not so enthusiastic about the food in Armenia, or better it is nothing so really special for us except: the peaches. Already after crossing the border from Georgia we were met by this smell of peaches. People here peel them like an apple and enjoy. What a wonderfully sweet taste.
And then there is a second thing, this wonderful herb allotment in a paper thin bread. A delight and the scent of the herbs of course intensifies the taste.
Quite a few different herbs dried and fresh, including parsley, mint, thyme and dill. Green vegetables like spinach, black cabbage, and green onions in abundance. A batter also made of flour, water, olive oil, and salt. And of course, not to forget a pinch of chili for the necessary spiciness: Jingalov Hats.

It has something to do with memory culture, but also with the current issues.
The memory of the fallen soldiers. Under such a mural it says:
“His weapon was a tank. Your weapon is knowledge”.

And in the countless passages of the houses you can find beautiful landscape or city pictures.
But here again a critical mural. Very successful in my opinion. And of course most of my picture are on this topic 🙂

No, these are not mailboxes but the gas consumption meters. The lines run above ground, which sometimes leads to bizarre formations.

The air is dry in Yerevan. Very dry. You can find these fountains in every backyard, on every square, in every green area. But beware, the water is of drinking quality, but many animals also uses this opportunity to refresh itself.

No, I don’t show you one of these many Teslas driving around here. Especially since almost all of them also have more or less major damage, but rather the old or small ones. With so much charm.
One was even completely wrapped in foil for later processing.

Actually not really something I wanted to write about, but with the thought that you now, after all the information yet think about a vacation in Armenia and Yerevan, I want to show you these former emergency shelters. This is what they look like. And because they can certainly serve practical purposes today, they continue to exist. Fortunately, they are rarely used as emergency shelters.

Children’s playgrounds on the Soviet model or better a few relics of the time?

I would have liked to make them one of my photography subjects, the playgrounds in the backyards in Yerevan from the Soviet era. They have so much charm, even if they really don’t meet today’s safety standards. Then for each playground there is also a covered seating area with a table. Somehow a great concept.

To all churches, monasteries and monuments you can easily inform yourself or read one or the other article in my blog about Armenia. Whereby monasteries and churches are not my topic there either.

There is one thing I still wonder about: the many nose surgeries and lip fillers by injections. You people should stop this!