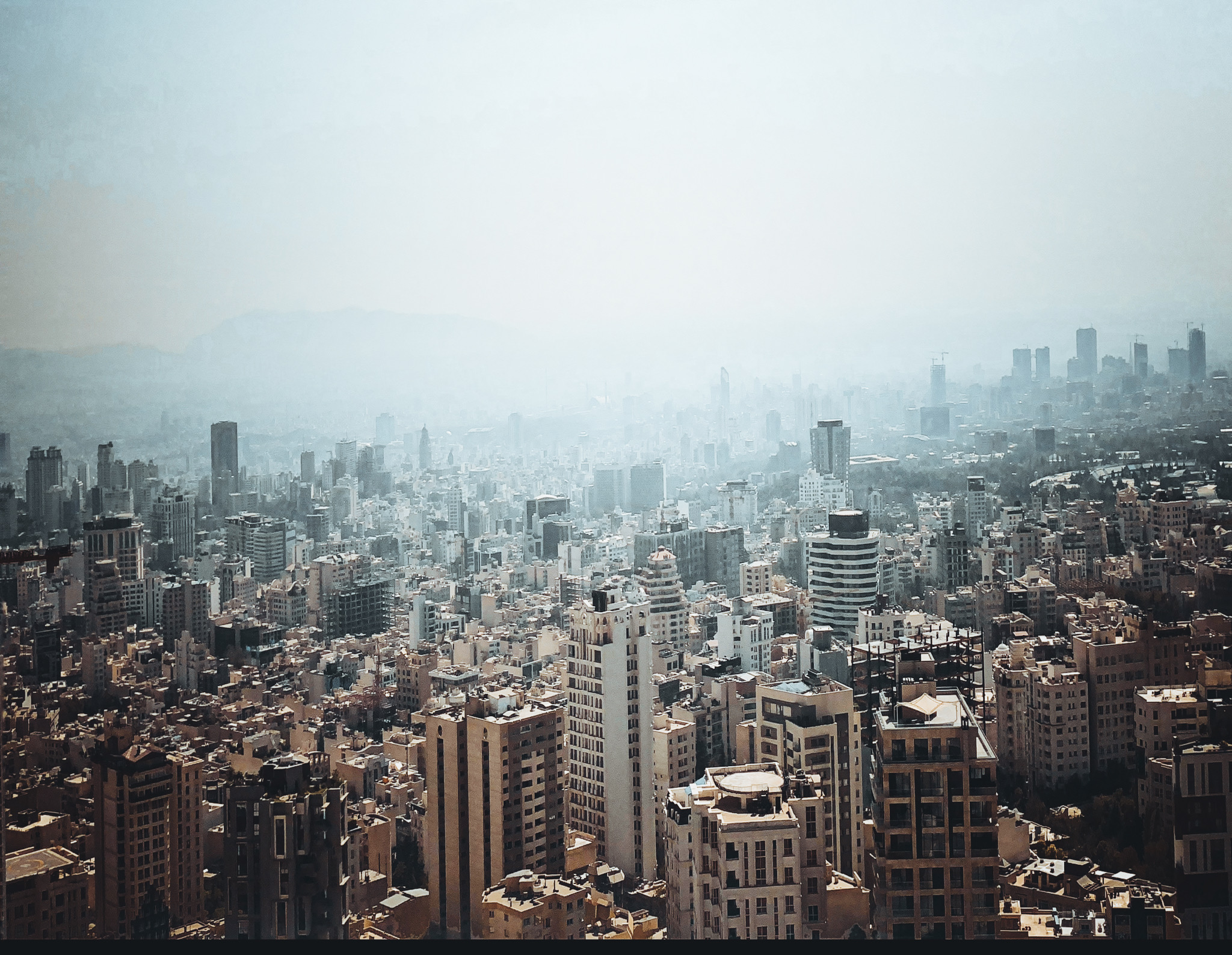 My personal reckoning with Iran

Iran is like a kaleidoscope.
As soon as I discover something bright, it breaks into thousands of shards. As colorful as the light. A country in black and white with an infinite number of colored spots.

And so fragile and fleeting are my thoughts and the images I have in my head of Iran.
There is this 50-year-old man at the gas station. I’m waiting for Klaus, he went to buy some water, on my bicycle.
The man gets out of his car and comes over to me. His wife remains sitting. And although Klaus is with me again in the meantime, he clearly grabs my knee, while talking something about welcome to Iran. I should have given him such a bang, but I was completely surprised. His wife, helpless, still in the car. I cycle off and send her a smile. The poor woman.

On another day, we took a trip to the mountains and looked for a shady place with benches. A couple seeks out the same place. While we share together the evening atmosphere in the shader with the view over Tehran they share with us their fruits and water. No talking is needed.

Often people do not stop bombarding us with words. Explaining things to us again and again, even though we make it clear that we don’t understand them. They just don’t stop. Really, don’t stop.
But sometimes then young men come along, ask if there is a problem and help with the conversations.

Someday we get freshly squeezed carrot juice on another a half-empty Fanta bottle.
While the police keep order in the traffic, at least they believe they do while wave their cell phones wildly around, people warn us about thieves or help us to get the best directions out of the suddenly appearing demonstration.

And here some more of our main expressions in Iran, mainly Teheran.

Welcome to midday traffic in Tehran!

Teheran, a city that engenders few superlatives, but visitors can’t say enough about the traffic — all bad. Even we are a kind of hardened travelers, who have survived cycling Cairos traffic jams, insist that Tehran deserves first prize for chaos.

An aerial view of Tehran would look like a mosaic of metal — small sausage links undulating through town. On the ground, it looks like a street riot.

Traffic lights are only a recommendation. Soon some scooters gather together there is a secret agreement at what point they start crossing, a red or green traffic light is not the sign for sure.

Virtually every major road is clogged all day. Cycling the city guarantees a thrill a minute, like riding a roller coaster that switches tracks when least expected.

No one changes lanes with more than a few inches to spare.
Lanes? On a two-way street, traffic often moves in three or four directions – alternating between the northbound and southbound lanes. At busy times, the lanes reverse, and southbound traffic suddenly travels in the northbound lane and vice versa. If you don’t know that you can be stuck. At least as a car driver. Cyclists can take every direction. They don’t notice you anyway. Stoplights might just as well not exist. A manual on driving in Tehran might give the following advice to drivers attempting a left turn: move into the far right lane, lean on your horn and then cut sharply left.

That is not to say that the Islamic government of Iran ignores the traffic jumbles of its busiest city. In 1980, the mayor of Tehran was executed for a long list of charges, including his failure to improve traffic flow here. I’m sure, I do not want to be the one in charge.

I don’t want to talk about their role again, but about their kindness, their smiling, waving, warmly welcome to Iran. Sometimes they stayed next to us while cycling, just to show the thumb up to me and sometimes the sadness on their faces gave way to a broad smile when they saw me. Sometimes they helped me find the right bill to pay, which is not easy with the currency chaos in this country.

It’s crazy how friendly and respectful Iranians can be (mostly the younger population) and how disrespectful on the other side people are. They so called authorities play their power (no matter if woman or man). We are interrogated at the visa extension, have to answer questions about the role of the United States for Germany. My clothes are plucked, they want to make us afraid. This is so disgusting and so embarrassing….for them.

Weed and party against the regime!

None of this can be seen on the surface, and yet they do. Every weekend. In private rooms they party, drink, smoke, laugh, dance and sing. Well dear old men, you are losing your disciples. Nowhere else in a Muslim country I have seen so few shoes (almost none) on the steps in front of the mosques at prayer time. These wounds will not heal.

I needed a Band-Aid, nothing major. Just a small plaster. I could not believe how we were ignored in one pharmacy and then where asked to take a seat in another and I should apply the donated plaster directly. How can ignorance and benevolence be so close together.

We stayed with Saeid for 3 nights in Teheran. His kindness, his clear thinking, his way to live his live has made us somehow awestruck. He is a cyclist. Cycling is his life. The way to gather together with friends. To meet, to be sportive, to explore the world. Saeid is in his 30th. He is the owner of a small bicycle shop. About religion he said: I think people are stupid if they think any god will do things for you.

If you want to achieve something you have to do it by yourself. Otherwise nothing will happen in your life the way you want it. Every Tuesday he meets with friends to a small cycling route. This time, we participate and staying almost 5 weeks in Teheran, this was the best time in complete. We cycled within the group during some parks. Several times we stopped and Saeid gave some cycling lessons (mainly they do off-road cycling). Woman and man together. They shared their stories with us, their food and most of all their time.
His webpage has been suspended, but maybe, if you are interested, you can still find in him and his crazy cycling adventures on instagram.

Conclusion about the kaleidoscope Iran

New patterns are formed again and again. A huge kaleidoscope, full of colorful glass splinters and us in the middle of it.
A Kaleidoscope is often said to have a kind of magic power to influence a person. They say that the kaleidoscope inspires the mind and awakens the heart. A kaleidoscope can inspire and even calm down.
To be in the middle, always one of the pieces swirled around overstrains me. Looking through this kaleidoscope is a beautiful play of colors of life.

We will never travel to Iran again. Well, one should never say never, but as long as such a regime is in power I will gladly do without. Now, they have my fingerprint. When we left the country at the airport they found my pepper spray, which was not found when we entered the country, now became a very important piece of something. Once again, the authorities felt powerful. Finally I had to sign something, fingerprints were taken, IDs were copied and I could leave. The pepper spray remained. It was a pity, I would have better given it to one of the young people in the country, but I had simply forgotten about it. It was only to be used against wild dogs.

Lets put all the Mullahs into the trash bins and get back to a colorful Iran.