Conquer the city-cycling in Tel Aviv

When we are in a foreign city we have two options:
1. we see the city as a tourist through the eyes of the guiding book
or
2. we try to discover a city through the eyes of its inhabitants.
Both are nonsense.
To the 1st option: You can also read guidebooks at home. You do not need to travel for that.
To the 2nd option: To discover a city like a native is not possible. You are not a native.
And by the way: ask a Berliner for example if he has ever been to the TV tower.

So you have no other choice than to go on a tour of discovery yourself and explore the peculiarities of a district, the buildings, the people, the food, the street art or the landscapes by yourself.

You will experience many successes, but also many failures. But one thing you can say afterwards with certainty: „I have a plan of the city in my head“.

We like to conquer the cities with our Brompton folding bikes. With them you make distances but you can also take them with you to a cafe or museum at any time.

The result is a colourful „bouquet“ of impressions that you would like to share, that makes others curious and maybe even get involved in such a „walk“. 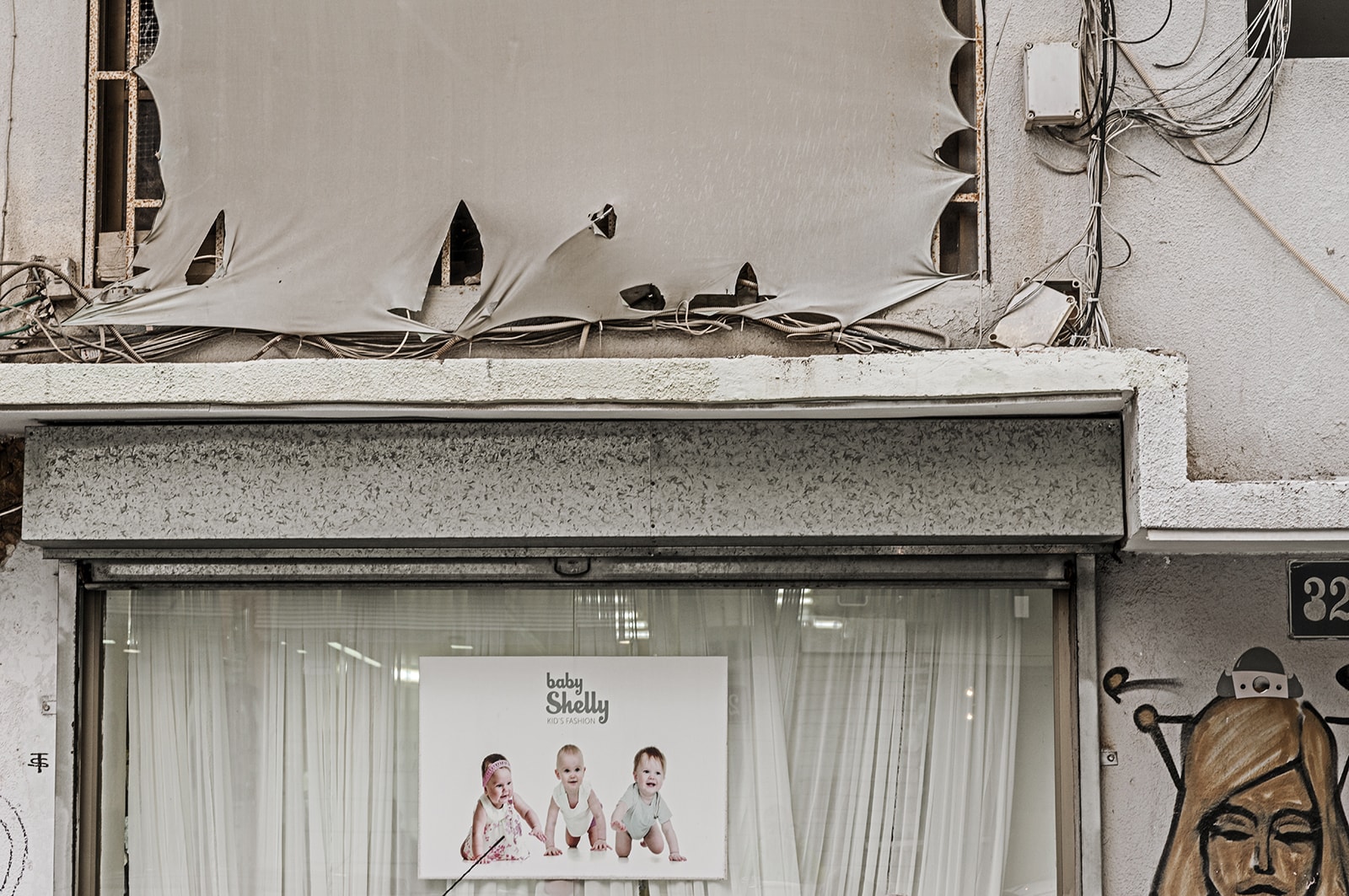 We were in Tel Aviv and tried to approach 3 themes: Streetart * Architecture * Israel vs. Palestine.
The latter we only touched on. Concerning architecture and streetart we were quite successful 🙂
We had hoped that there would be a big bicycle community and maybe even a Brompton community, after all the sun shines most of the time in Tel Aviv, and we had to realize: Riding a bike in Tel Aviv is more for chic.
So far I knew cyclists for traveling and those who see the bike as an everyday means of transport and maybe the cycling equipment freaks.
But the Israelis have reinvented the bicycle, at least I think so, as a kind of jewel. It adorns them.

They are there, the bicycle paths, many even, but somehow complicated. Sometimes you have to ride on the left, sometimes on the right. They just stop and start again. If you don’t know that, you are lost. You are not so welcome on the streets, we have to cycle the paths. To dawdle around a bit, great. But to get from A to B quickly, difficult. And if you’re unlucky, the route ends in desert sand at the crash barrier and you’re allowed to carry.
No, I’m not thrilled about the bike paths.
Except…….the beach and the promenade……that’s a great route. Tel Aviv is not just only beach. 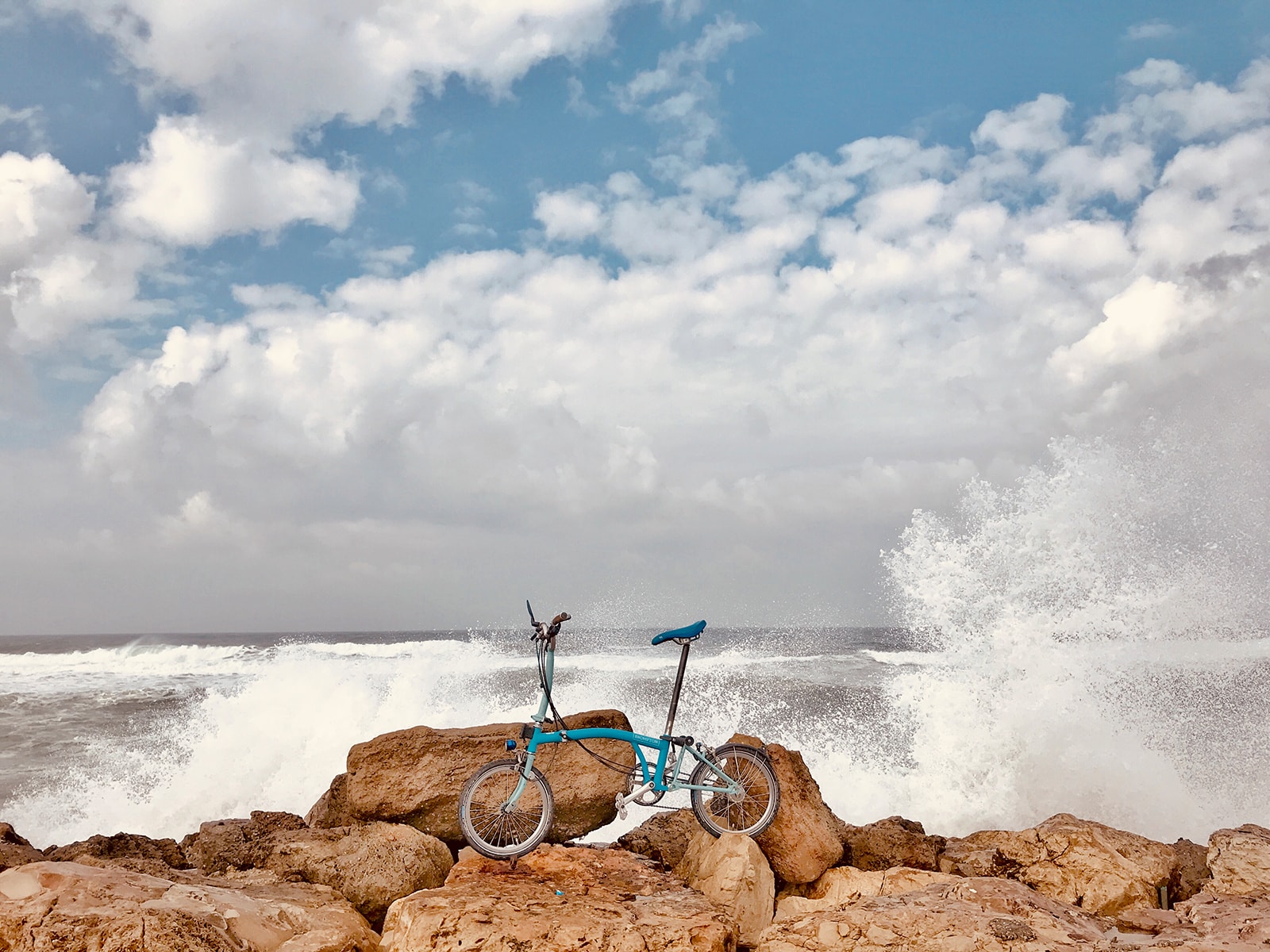 But anyway, we had a blast cycling around to get in touch with the city Tel Aviv.
Only a few impressions of a „city walk“.

One Response so far.